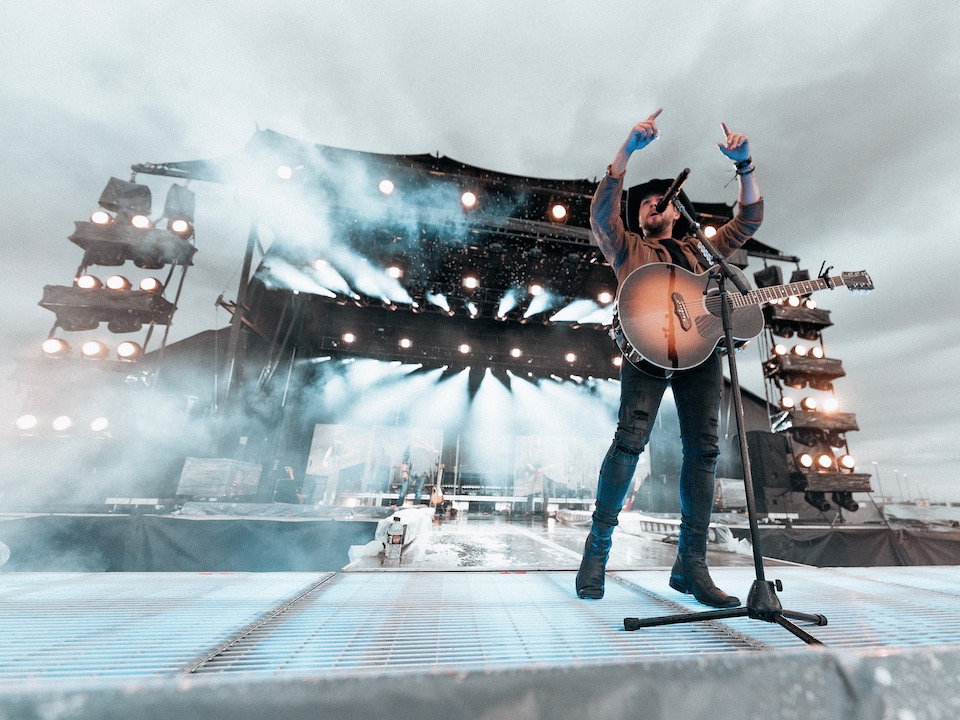 When Canadian country star Brett Kissel announced the first of what would become eight sold-out Live at the Drive-In shows in Edmonton, AB on June 13th and 14th, 2020, drive-in concerts were basically the wild west of what live productions might look like during the COVID-19 pandemic. But even in these unprecedented circumstances, Adamson Systems Engineering has never backed down from a shootout.

For the four shows on each day, 180 vehicles spaced several feet apart filled the parking lot of the River Cree Resort & Casino. By tuning into 89.5 FM, fans heard the live feed from FOH through their car stereos and were invited to honk, wave, and even hang out of windows and sunroofs while staying in their vehicles through the hour-long performance.

Kissel had full reign over the stage with a big extension while each band member was surrounded by Plexiglas partitions. That part may have been strange for the performers, but it wasn’t the most unusual aspect for the wider crew.

“The biggest difference for us on the technical side is that there was no PA,” begins Colin Moore of CJM Productions, Kissel’s production designer and lighting director. Kissel and his band typically rely solely on IEMs for monitoring; however, the absence of a PA meant an absence of onstage energy and impact compared to a typical show.

The solution was to not only deploy stage monitors – in this case, a complement of Adamson’s M15 wedges – but also sidefill stacks comprised of two Adamson S10n narrow-dispersion two-way, full range sub-compact enclosures atop two complementary S119 subs on each side of the stage. Two of the wedges were loaded beneath the grated floor of the thrust to ensure Kissel got a bit of a punch to the chest when he was closest to the crowd, helping to build some of that crucial reciprocal energy. 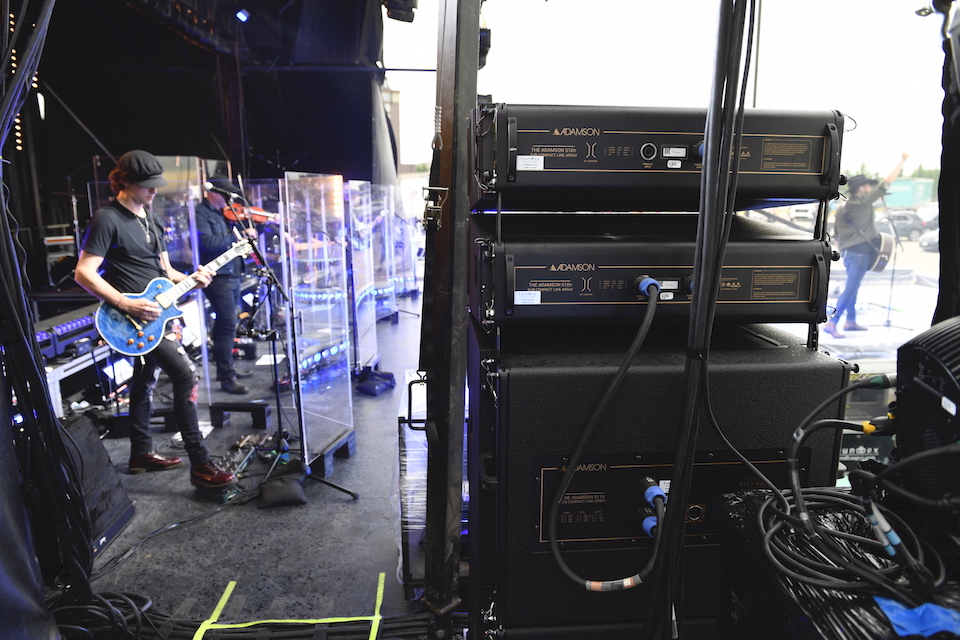 To reference his mix, Bird relied on a pair of Adamson’s new CS7p intelligent point-source ultra-compact loudspeakers with built-in DSP and processing from the newly-launched CS-Series, along with a trusted pair of headphones for isolation.

“It was like mixing through a PA,” Bird notes about the CS7ps. “They just sound so good – I pretty much left them raw and was really happy with the output and outcome; I didn’t have to do much to get something really pleasing and effective.”

“At the end of the day, we found doing these shows – especially with the scale and everything we put into them – provided a lot of hope for the music industry, whether that’s the artists or the crew, the rental companies, the trucking companies, all the way to the fans,” Moore shares in closing. “It was like, ‘We’ll call this a pretty good appetizer for now until we can get to the main course.’”