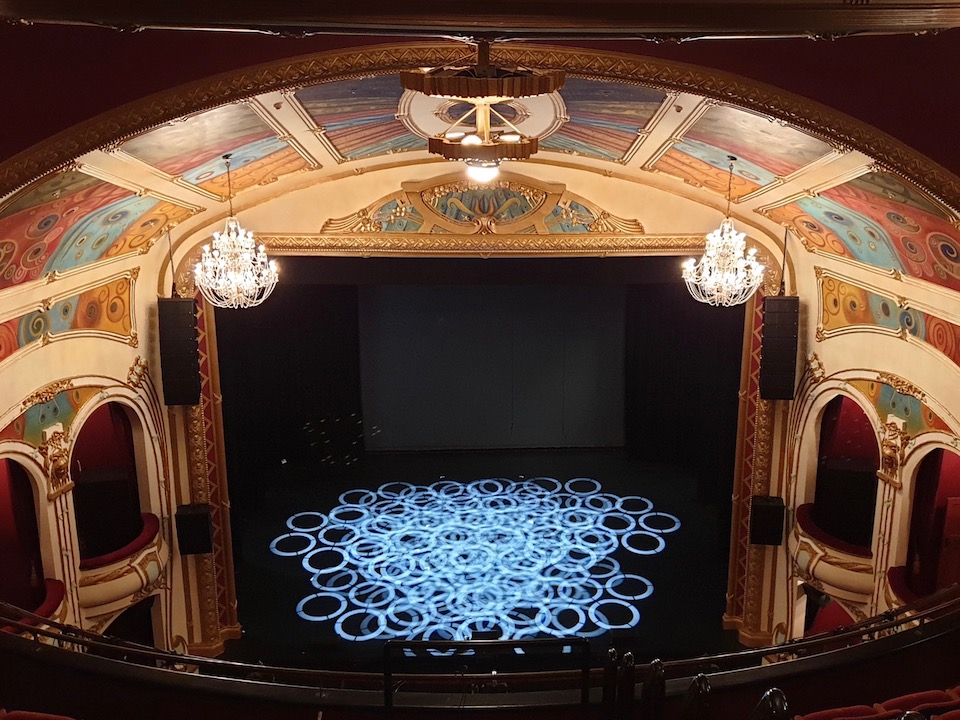 One of New Zealand’s most storied performance venues has reopened after a five-year dormancy with a new name, a new look and, thanks in large part to an expansive IS-Series audio solution from Adamson Systems Engineering, a newly-augmented guest experience.

The prestigious Hawke’s Bay Arts & Events Centre, known as Toitoi, is home to a historic 979-seat opera house – one of the most revered lyric houses across all of Australasia. First opened in 1915, the opera house and its adjacent municipal building were both closed in 2014 having been deemed “earthquake-prone”; however, with the full support of the local community, work began on a $17.8-million NZD (approx. $10.76 million USD) venue-wide overhaul midway through 2017.

A key component of that investment was an all-new sound reinforcement system for the opera house, ultimately built around Adamson’s install-focused IS-Series, which packs the tour-proven performance of the company’s heralded S-Series loudspeakers into sleek, architecturally-friendly enclosures.

“The key system requirements were a rider-friendly small-format array from a recognizable brand offering even coverage and tonal consistency across all seating areas, exceptional clarity for speech, and full-range performance with sufficient headroom for music around the 100dB range,” explains Mike Hughes, Managing Director of Auckland-based integration firm Intec Systems. “Having completed a number of installations with Adamson’s IS-Series, we knew it was an ideal candidate for the job and set about designing the system.”

The Intec team spent considerable time modelling the space in Adamson’s Blueprint AV design and simulation software to ensure their design met all of the initial objectives. The team was tasked with delivering a turnkey audio solution, which included custom-engineered hanging brackets, motors, and rigging solutions; all cabling and infrastructure; and a bespoke control system.

Hughes notes that when it came to the system design specifically, there were some challenges inherent in the opera house’s age and architecture.

“With two steep balconies, it quickly became clear that single array hangs would leave large areas shaded by overhangs,” he explains. That informed the decision to essentially split the arrays, with eight ultra-compact IS7 two-way, full-range enclosures per side flown high to cover the two balcony areas and an additional four IS7s per side flown low to cover the stalls.

Rounding out the package are four IS118 and six IS119 subwoofers to ably handle the low end, a pair of IS7px two-way, full-range point-source cabinets for infill, and a complement of 10 PC5 point-source cabinets split between front fills and under-balcony delays. Intec sourced all of the Adamson components via Direct Imports, the company’s exclusive distributor in New Zealand.

Hughes adds that to maximize efficiency and ease-of-use for venue staff, Intec’s custom control system enables single-button push recall of amplifier data for various input locations and configurations, the ability to isolate the balconies, and a simple operation mode to handle basic events without a mixing console or dedicated engineer.

Dane Fletcher, Toitoi’s Technical Manager, says the system has exceeded their already-high expectations. “We’re loving it,” he enthuses. “The theatre’s acoustics are amazing and the Adamson system makes the most out of it. We had already heard the Adamson systems at Baycourt Theatre in Tauranga and Napier Municipal Theatre and we liked the sleek-looking PA. We thought that it would fit in with the style of our theatre, and it does hang perfectly.”

Local audiences had a chance to experience that first-hand following Toitoi’s reopening on February 29, 2020, with several productions taking to its iconic stage before the venue’s temporary closure in mid-March to combat the spread of COVID-19.

Of course, the community was an integral part of the project from the outset, and a key objective for the team was to make Toitoi a “fourth-generation performing arts centre” – one that takes a proactive role in advancing the arts within the community it serves. A major component of that is offering local organizations, artists, and technicians access to top-tier production technologies.

Thanks in large part to the team at Intec Systems and their partners at Direct Imports and Adamson, that’ll be the case at Toitoi - Hawke’s Bay Arts & Event Centre for years to come.