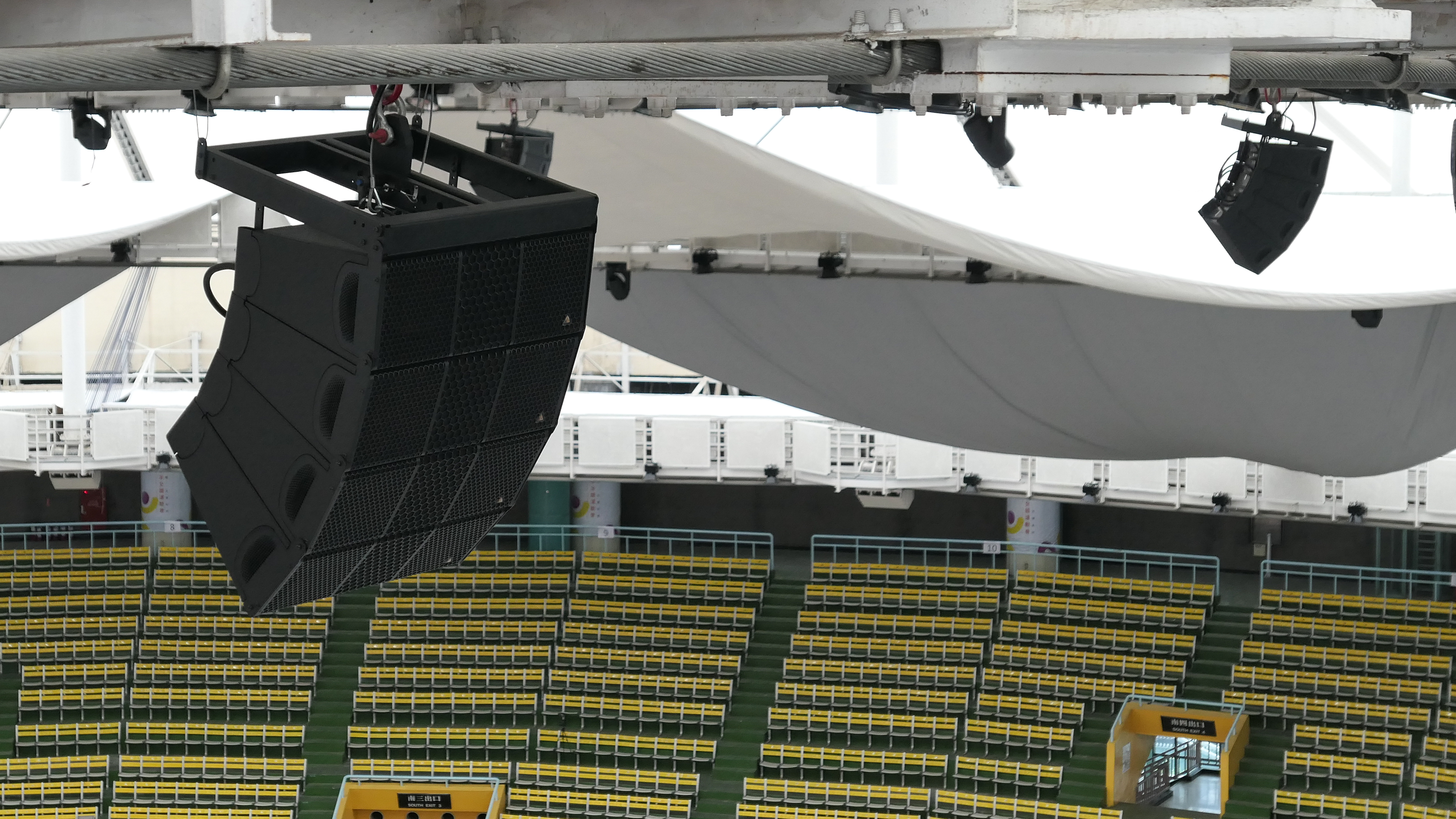 Adamson goes under the dome in Taoyuan

An Adamson IS7 line array system has been installed into the 30,000-capacity Taoyuan Arena, which has a membrane domed roof supported by steel cables. One of only five such structures in the world, the construction technique gives the circular stadium a “big top” feel and in-the-round configuration which lends itself to sporting events, exhibitions and cultural performances.

As it approached its 30th year, the arena was due for a technical update, as well as roof repairs. The City of Taoyuan approached the project with sustainability in mind, reusing materials where possible. Local integration and production company AVIC, which had rented PA systems to the stadium for performances, was contracted to replace the in-house PA with a system that could achieve even, 360° coverage of the seating area from 20m in the air, under the dome.

“The stadium’s management wanted to achieve 105dB average SPL, with less than 5dB plus or minus variation anywhere in the coverage area,” explained AVIC’s Scott Chiu. “They also wanted to improve the RSTI (Rapid Speech Transmission Index) performance of the stadium to greater than 0.5. Another consideration was that we couldn’t block existing lighting positions. In fitting with the sustainability goals of the project, a highly efficient PA with convenient control is what we needed.”

AVIC cites its reasons for choosing Adamson as vocal performance, power handling efficiency and simple control options. Eight hangs of four IS7 line array cabinets suspended in IS7 Micro Frames have been distributed around the dome’s ringed inner catwalk, covering the seating. The IS7 bring Adamson’s driver technology and mid-high clarity from its touring PAs into the realm of integration. Each IS7 contains two 7-inch Adamson ND7-LM-8 neodymium drivers for the low-mids and an NH3-16 3-inch diaphragm with 1.4-inch exit compression driver for the highs.

The IS7 are supplemented by four IS7p point source loudspeakers hung from a gantry with four IS-Series Sight Mounts in the centre of the roof, to cover the middle of the arena.

AVIC has provided presets that change seating coverage configurations from a control PC at the touch of a button. “We’ve divided the arena coverage presets up into full mode, half mode, quarter mode, and central area only,” said Chiu. “Loudspeaker processing and the saved presets are run via the nine Lab Gruppen D40:4L power amps with Lake processing that power the system.”

AVIC designed and then simulated the solution’s performance prior to sign-off from stadium management, delivering an efficient, environmentally responsible PA solution that covers the crowd, in line with the City of Taoyuan’s requirements.

See it on the web:

Adamson goes under the dome in Taoyuan - ProAVLAsia