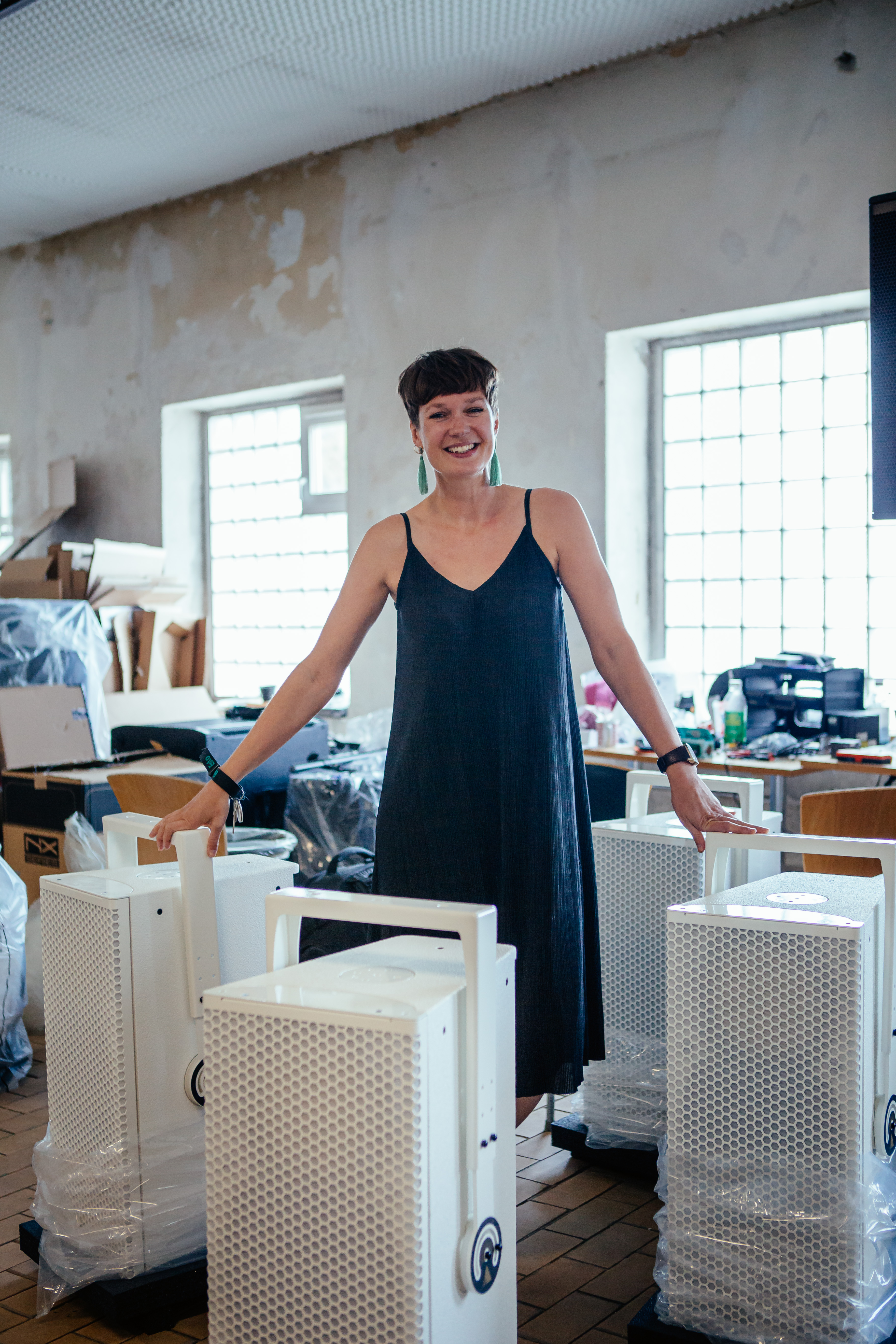 Bergen, Norway: One of Bergen's largest and most intriguing venues, Bergen Kjøtt, has officially invested in their own Adamson PA system. Thanks to generous grants from Kulturrom, Sparebanken Vest, Bergen Kommune, and EGD Property, Fabrikkhallen at Bergen Kjøtt is now outfitted with 4 x IS10P, 4 x IS119, 4 x PC12, and Lab Gruppen D-Series amps. The installation process was led by Technical Consultant, Sverre Vik, installed by Bergen Ento, and the products were supplied by Adamson partner, Benum Norway.

Initially built for operations as a butter and margarine factory in 1905, the facility was converted into a meat processing plant in 1968. By the year 2000, the operations shut down, and it was not until 2010 that the building became a cultural center of sorts. Now owned by the Bergen Kjøtt Foundation, Bergen Kjøtt is a non-profit organization working to offer the community a diverse and inclusive environment for the purpose of artistic innovation, collaboration, and growth.

“This upgrade is completely transformational to Bergen Kjøtt. Bergen Kjøtt is one of the city´s largest venues but, until now, we had no equipment of our own - everything had to be rented,” explained Bergen Kjøtt’s General Manager, Eva Rowson. “As an old concrete factory, it´s always been difficult to tune sound for the room but now we have a permanent system, we have been able to adjust the sound beautifully for the room!”

Eva Rowson and her team at Bergen Kjøtt plan to use the new PA system to train more women, non-binary, and transgender people to come to grips with the tools of sound engineering.

“The room is of concrete and is really reverberant, but the Adamson IS10P really cuts through and gives a very detailed sound image with lots of headroom.” said Kenneth Vadset of Benum Norway.